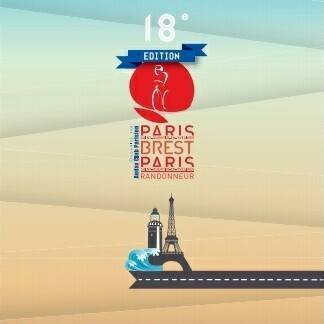 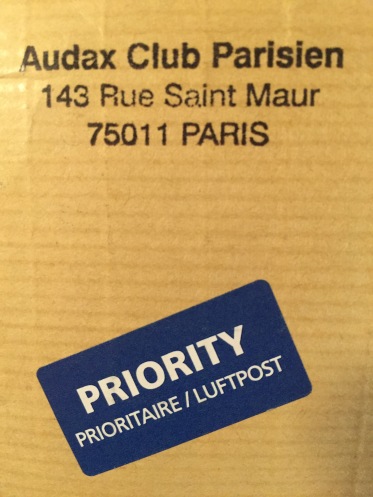 Six months after I finished the ride, I received my Paris-Brest-Paris medal, brevet card and official PBP video.  As I opened the brevet card, I was overcome by a flood of emotions.  I reflected on the controls, magic and adventure that was PBP — An adventure that allowed me to see new places, but more importantly, to reach a deeper understanding of who I am.  I envisioned the beautiful scenery, experiences, new friends and companions I made throughout my journey.

Sir Edmund Hillary, the first mountaineer to summit Mount Everest said, “It’s not the mountain we conquer, but ourselves.”  Paris Brest Paris was my voyage of clarity, the bike being my medium to redefine myself. It was my journey of self discovery through which I accomplished something truly difficult, something other’s would think impossible. 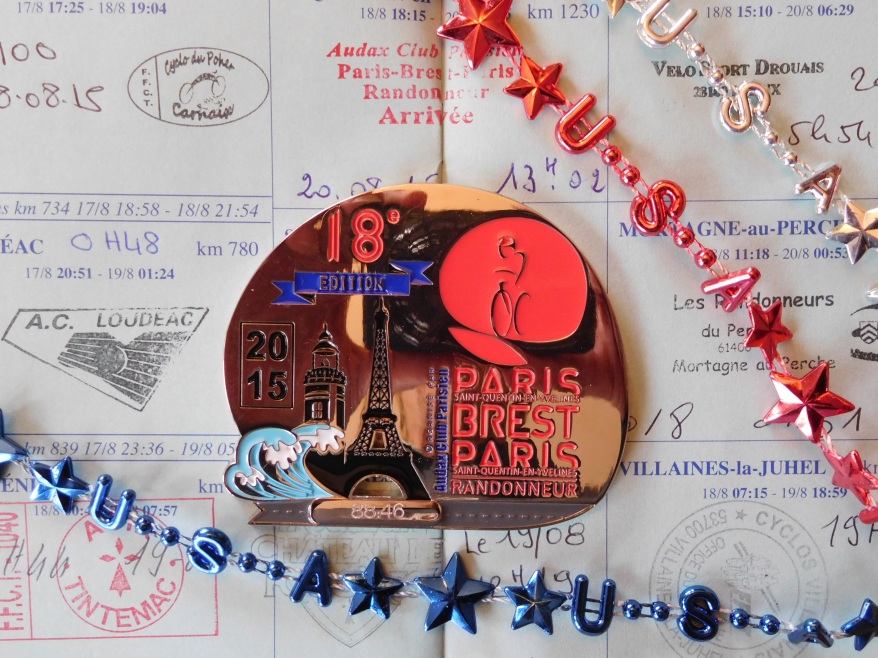 66 countries were represented at Paris Brest Paris in 2015

The United States of America:  Of the 676 who started, 497 finished the ride

I was one of 3,484 first time participants in PBP.  One of our own, American, Lois Springsteen, was named on the Audax Club Parisen Paris-Brest-Paris honor role of women after finishing her 7th PBP this year.  Her first ride was in 1991. 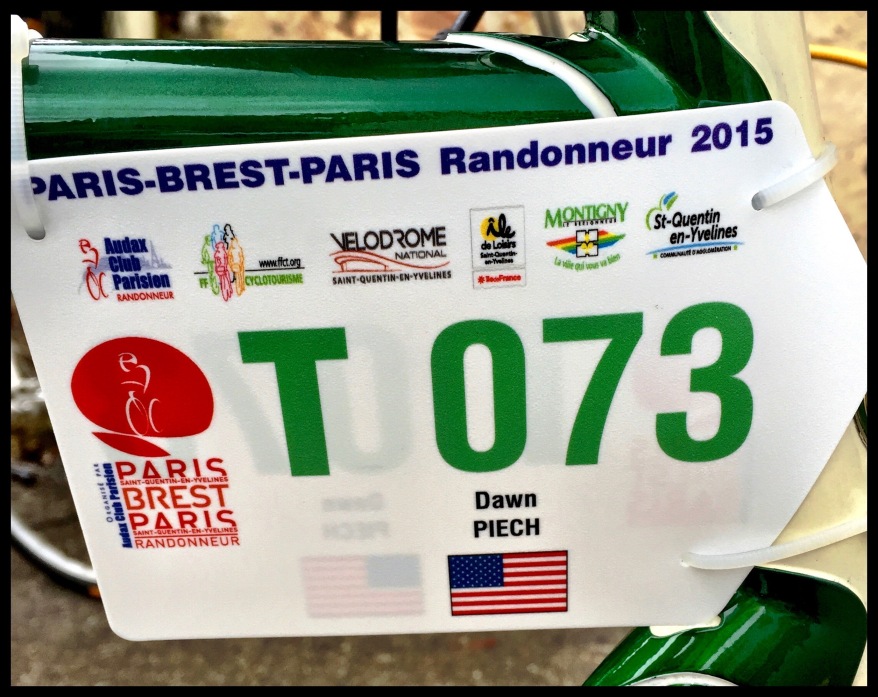 I know that my journey to Paris-Brest-Paris would not be possible without the love and support of my family and friends.  A special thanks and immeasurable gratitude to Alison for the last 19 years and for her support, sacrifices, love and inspiration.  I would have never been able to train and complete Paris-Brest-Paris without her encouragement. 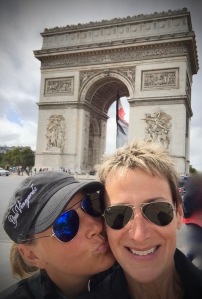 Thanks to Eric Peterson, Rick Cosario, Bob Booth, Rob Schaller and Greg Silver who mentored, trained and rode Paris-Brest-Paris with me from the Great Lakes Randonneurs, and Melissa Hardin and Kathy Dewitt for their empathy and support in Paris. 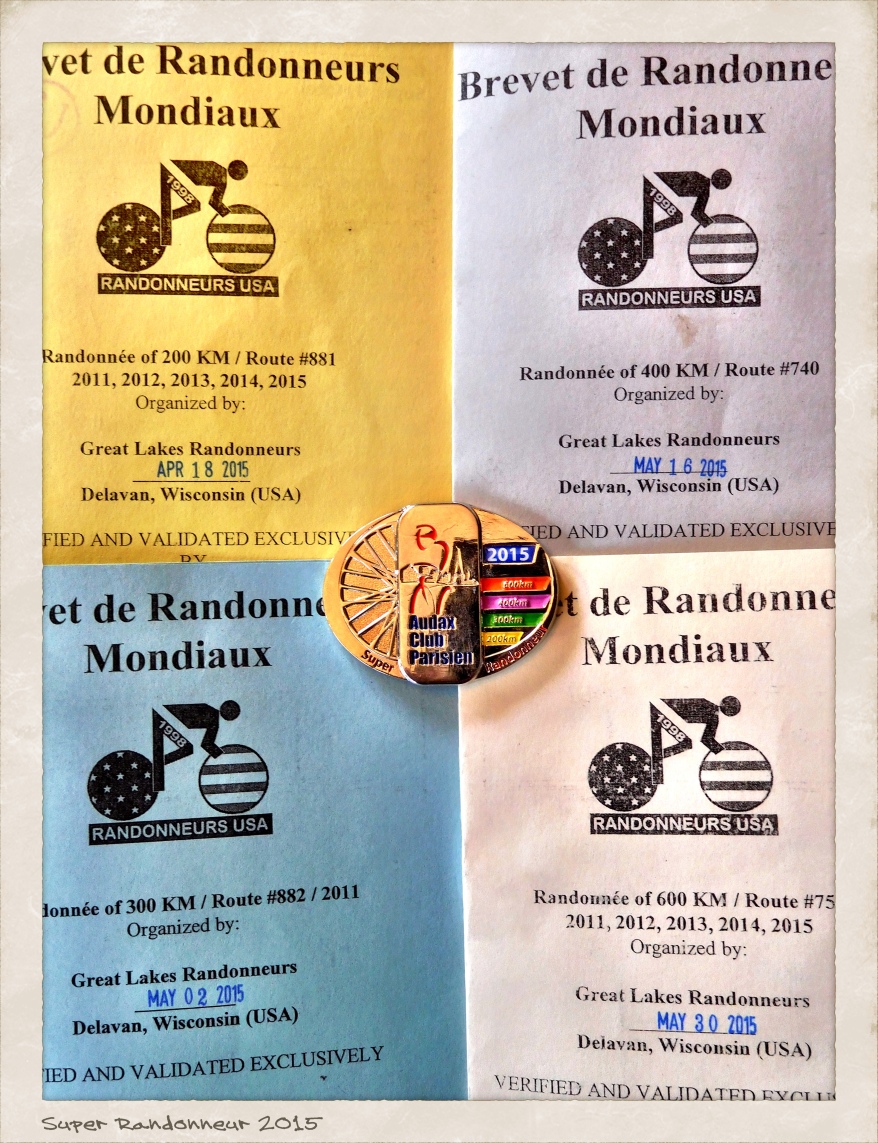 Thanks to Catherine Lacrosse for embarking on this crazy fun adventure with me and for getting me through an intense week long training event (Rainstorm) last July.

Thanks to Wheel Werks Bike Shop, Bob Olsen and his team for getting my Rivendel Rambouliette ready for the brevet qualifying series and for Paris-Brest-Paris.

Thanks to William Medina and Este Barbuto who friended me during Cycle Oregon 2011 and planted the magic seed of La Vuelta Puerto Rico.  The seed planted in 2011 continues to grow and thrive.

Thanks to Audax Club Parisien, Randonneurs USA, Great Lakes Randonneurs and all of the towns,  controls and wonderful people along the Paris-Brest-Paris route:  Saint-Quentin-en-Yvelines, Mortagne-au-Perche, Villaines-la-Juhel, Fougeres, Tinteniac, Loudeac, Carhaix, and Brest.

I am extremely proud of my accomplishment in my first year of randonneuring.  Taking into consideration I had never done anything longer than a 300K event in 2014, I navigated the unknown path through my first season of randonneuring.  We all have a choice in anything we do.  We can take the path of least resistance or the path to challenge ourselves.  I had the right attitude, a strong internal drive and self motivation.  I was willing to go into unchartered waters and propel myself to my best version of me to date.  Boy, it sure was fun.

To me, randonneuring is like a scavenger hunt on a bicycle, exploring without boundaries.  I enjoy the focus on the adventure and strategizing leading up to, the ride and post-ride.  it is a giant puzzle to figure out yourself; your gear, nutrition, body, mind, spirit and soul.  Randonneuring-ultracycling is a process built on self-sufficiency and you learn to manage the unpredictable. 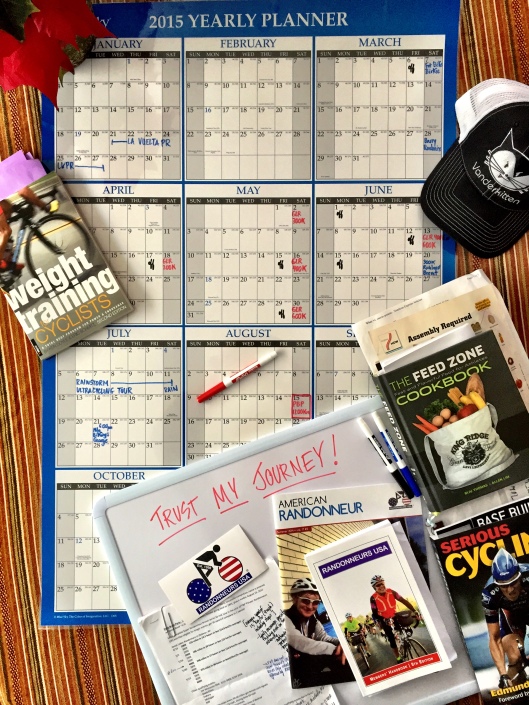 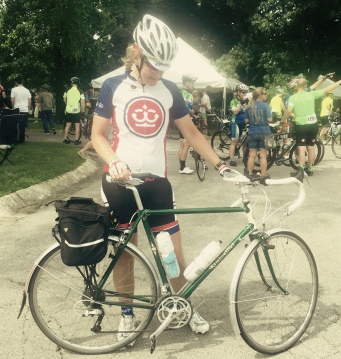 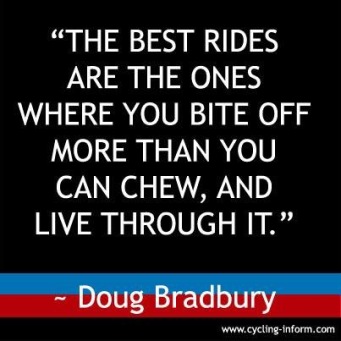 “You can’t wait for inspiration. You have to go after it with a club.” -Jack London

“A rainbow is a promise, of sunshine after rain, of calm after storms, of joy, peace and love. Live with gratitude, for love which fills your heart, peace which rests within your spirit, and hope which says all things are possible.” -Author unknown
BRAVER THAN THE ELEMENTS VOL 7.
“Dig if you will a picture…”
joy